In 1988, I had a 8 channel mixing desk with a built-in analog delay. Sometimes I would send my guitar signal through it, sounded cool. After selling that mixing desk a few years later, I wouldn’t own an analog delay for many years, until in 2014/15 I found this 2nd hand “In Limbo” delay by New Zealand based company Skeleton-Prince (meanwhile renamed to 80Tape).

My bandmate played a EHX Deluxe Memory Boy at that time, and it sounded great; with the “In Limbo”, I found a pedal with similar features (analog audio with digital control, tap tempo with subdivisions, expression pedal) and sound options (not only dark repeats, but also brigher ones with reduced bass content), but with a smaller form factor, and the additional feature “hold footswitch for infinite repeats”, which I already loved on my Strymon Timeline. Downsides included the need for 15 to 24 V of power and occasional signal peaks (as can be heard in the video), probably caused by design flaws in the compander circuit. When I decided to downsize my board, I sold it. Still, a great delay. 80Tape developed improved follow-up versions, the In Limbo II (discontinued), the In Limbo III Compact and the In Limbo III Multitap 1100 ms version which still seem to be available.

Strengths of the Skeleton-Prince In Limbo:

Here’s another vid where I use the “In Limbo”, this time to replicate Andy Summers tones: 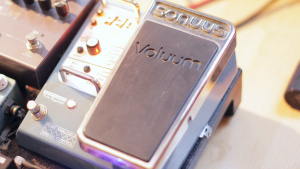 The Sonuus Voluum is one of my favourite effect pedals. In this article, I will cover some basics of what it is and does, and give advice… 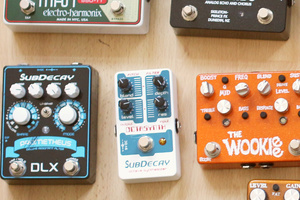